Nintendo and Sega joined forces and licenses for Mario & Sonic at the Olympic Games and now they seem convinced they have a quadruple champion on their hands. 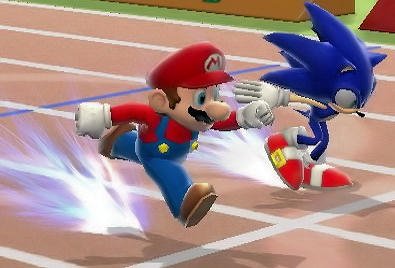 Masanao Maeda, a corporate director at Sega’s gaming unit, told Bloomberg that the title will successfully compete for the “4 million sold units” title. However, Maeda did not mention just how much time would be needed to accomplish such a goal.

One of the first games to hit the 4 million units milestone was the original Sonic, which hit the shelves more than a decade ago, in 1991.

Mario & Sonic at the Olympic Games will be released this November on Nintendo DS and Wii.