GTA IV has been this year’s sensation in terms of sales, but we haven’t seen the last of the game-purchasing frenzy. Metal Gear Solid 4 is coming out soon and chances are it will drive PlayStation 3 sales up through the roof. 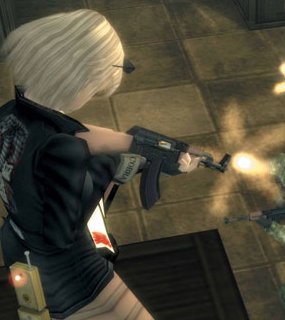 Eedar’s Jesse Divnich stressed out that PlayStation 3 sales are already up 150% as compared to last year and the trend is more than likely to continue at the same pace once Solid Snake hits the shelves: "Sony’s PlayStation 3 can claim a relative small victory as its hardware unit sales were up 150% over last year; additionally, they managed to outpace their closest rival, Microsoft’s Xbox 360," Divnich told GameDaily. "This will likely continue in June as we expect Metal Gear Solid 4 [to] act as a bigger catalyst in terms of driving PS3 hardware sales than did Grand Theft Auto IV".

"This is likely due to the exclusivity factor as exclusive releases on Sony’s platforms have historically shown to be a better hardware driver than that of multi-platform releases. On average, PS3 exclusive games sell 45% more, throughout their lifetime, than multi-platform titles available on the PS3," he added.

Metal Gear Solid 4: Guns of the Patriots will be released on June 12 only on PlayStation 3.

As you may recall, Grand Theft Auto IV was released on April 29 and  sold approximately 3.6 million units on its debut, thus earning an estimated  $310 million. Back in May reports had it that the title had sold over 6 million copies all over the world.

At present time  Grand Theft Auto IV holds the records for both all-time entertainment for day one and week one sales by dollar value.