NPD has been conducting a study about the various stages in a gamer’s life. While the conclusions are somehow interesting, they only serve to confirm earlier findings. 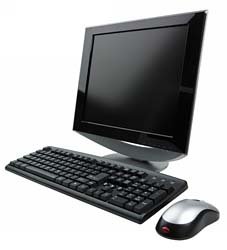 According to the study, the first major step occurs around the age of six, when the kid meets the computer. In fact, it seems that the computer plays an important part up to the age of 17, the longest term for any platform.

The next change occurs when the child is around ten years old, and begins to try cell phone gaming and gradually move on until the “gaming lifecycle culminates with Nintendo DS and PlayStation Portable, and the three next generation console systems (Xbox 360, PlayStation 3 and Nintendo Wii)”, states the report.

The matter of online play also came up and the results showed that kids spend an average of 39 percent of their time playing online games versus offline. However, about 91 percent of online games only play free games.

The results are far from surprising. PC gaming is the first in most cases simply because families already own a computer and don’t feel they should spend extra money in acquiring a gaming machine which has little use for something else (yes, you can browse the web and download content with some of the new consoles, but it’s hardly what we may call “multiple use” when compared to a PC).