An alleged list of brand new features to be included in the Assassin’s Creed sequel just surfaced. Fans might wanna take a close look at this one. 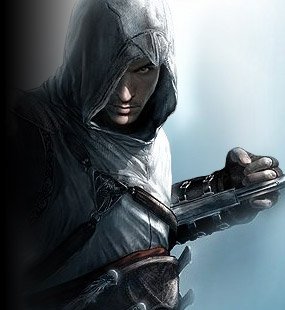 The first thing that catches the eye is the inclusion of Leonardo Da Vinci. In Assassin’s Creed 2, Da Vinci is an ally to Ezio’s family and will play the role usually attributed to Q in the James Bond movies. Also present is the famous Machiavelli, who can teach you new "tactics". Natural born killer will be happy to know that the new games adds dozens of weapons (packed with their own special moves – for instance, a pike allows you to knock many enemies off their feet). In addition, the enviroment provides some weapons as well, since the player can now throw dirt in an enemy’s eyes, among other things.

Additional features include the following:

– Ezio can dive into the water in Venice, hide underwater as long as he can hold his breath, etc.
– You can pull guards in the water to assassinate them.
– Taller buildings. You can use a new leap maneuver to climb faster.
– More varied "hiding places"
– Ezio’s infamy grows if makes too much commotion, making people more suspicious. If you become notorious, new missions appear (example: assassinate the witnesses, bribe people, get rid of wanted posters), so you can lower your notorious level if you want.
– Ezio can disarm enemies and use their weapons against them.
– Game is made to address concerns people had with AC1, while staying true to its core. Biggest need was "more variety". AC2 no longer uses the AC1 gameplay loop structure (bureau, info, assassination).
– Day and night cycle.