The Wii’s success has lured the wiggly pink warriors to the console’s side and and today’s announcement only makes it official: Worms: A Space Oddity will invade Nintendo’s console in spring 2008. 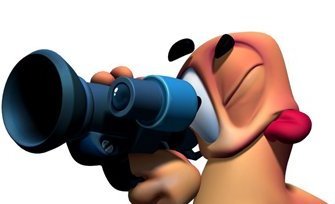 The new game is being developed (as always) by Team17 Software.

According to THQ, the new installment in the Worms franchise will feature a “new visual style that abandons the traditional drawn approach and replaces it with a distinctive style inspired by classic Sci-Fi looks.”Unfortunately, the publisher would provide no pictures to back its statement, leaving everyone to take its word for it. Or to worry about such future changes. (The 3D version of the game turned up quite well in terms of graphics, so there is a lot of room for optimism). The Worms battles take place across six planets, each with its own, unique environments and global events. The online multiplayer experience pits up to four Worms fiends from all over the world against each other. The game will feature a mix of classic Worms game modes and re-invented single-player missions, while the multiplayer section will be gifted with all-new party games. Last but not least, Team 17 assures everyone that the “more customization options” box has also been checked.

The game will arrive on the Wii console, so do expect the actual gameplay to be severely changed; the Wii Remote requires gesture-based maneuvers, added alongside a redesigned interface with an in-game help system.

Worms’ journey on the console realm doesn’t end here. Worms: Open Warfare 2 will declare martial law on Nintendo DS and Sony’s PSP, while wireless handsets be attacked by Worms 2007. Both invasions are scheduled to occur this fall.

Xbox Live Bans Get A Touch Of Ridicule