The Creative Assembly are very good at two things: making quality strategy games and keeping mum about them. Empire Total War was under development for one year and it was only now that the Sega decided to speak about it. 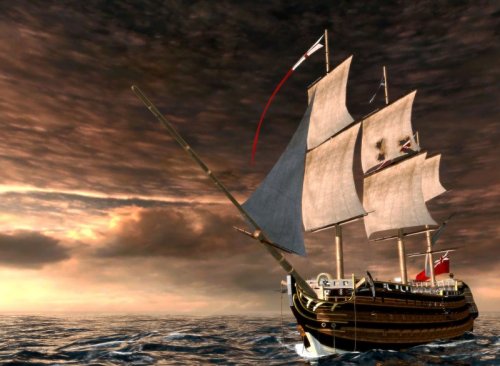 The new game will be set in the 18th century and will most-certainly add up some of the most important themes of the period, such as the Industrial Revolution, or the battle over the control of various trade routes. The French revolution and the additional guillotine should also be part of the mix.

As expected, the battlefield will be filled with cannon and musket smoke, as the 18th century is an era focused on (very basic) firearms. Sega was rather quiet regarding the subject and chose to focus to something never before seen in the series: player-controller naval battles. According to the publisher, sea conflicts will feature all the peaks, from cannon fire to ship boarding and the consequent hand to hand combat. Weather and sea conditions will also play an important role, alongside other, still undisclosed factors.

It sounds good, no doubts about it, but it remains to be seen how will these battles will work out in the end. Such a feature was also part of Imperial Glory (a Total War clone set in the Modern Age) but its only strength was the graphics. The real-time control of several ships was too much for an average player and thus choosing an “automatic battle” was the option that prevailed. Hopefully, the Creative Assembly will be able to come up with a better command system.