Apple sold over 300,000 iPads in the U.S. on the first day the device went on sale Saturday, failing Wall Street’s highflying expectations. 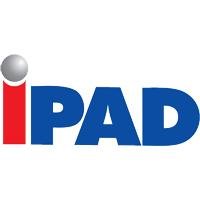 Although Apple did not release any forecasts for the iPad release, analysts had expected first-day iPad sales of 400,000 to 500,000 units. Costumers did line up in front of Apple stores to buy the iPad, but first day sales did not meet analysts’ expectations.

The iPad will have to prove its success in the long term, for at least another few quarters. Other Apple’s biggest products also had relatively slow starts, like the iPhone, which sold a total of more than 42.5 million units, and sold half of analysts expected at the time.

The iPad, was described by Apple as a "magical and revolutionary" device that falls in between a phone and a laptop computer. The device was added features like an iBooks digital-book reader and productivity software for tasks like word processing. Despite the new features, it appears that iPad’s success will depend on the sort of applications that third-party developers create for it.

Shaw Wu, an analyst for Kaufman Bros. explained: "The thing to really watch for are killer apps specifically for the iPad that showcase the screen and processing power. Some of it is beyond Apple’s control."