Picking on the iPod must be a trend over the Atlantic. While Steve Jobs is getting ready to surprise his audience with tomorrow’s iPod-related announcement, famous music producer Rick Rubin has a completely different story regarding the device. 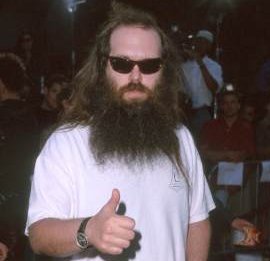 According to Rubin (quoted by the New York Times), the future will not fit into the shape designed by Apple. Buying the tracks of choice will go on for a while, but only to be replaced by a subscription offer:

"You’d pay, say, $19.95 a month, and the music will come anywhere you’d like. In this new world, there will be a virtual library that will be accessible from your car, from your cellphone, from your computer, from your television. Anywhere. The iPod will be obsolete, but there would be a Walkman-like device you could plug into speakers at home."

Rubin also added that music companies must find ways to better co-operate with each other, or the entire industry will be facing collapse and a company with deep pockets and better business vision will take over.

The “prophecy” does hold water, but only to a certain point. Yes, a system that enables users to enjoy their favorite music anywhere sounds like a very good deal. Then again, there a several things that don’t add up. First of all, monthly subscriptions have been declining in favor of Apple’s system. The iTunes dominates the digital distribution and that’s enough said. Second, a subscription giving the users free access to all the music that he desires would either employ some form of DRM, which, incidentally, is being ditched by music companies as we speak, or will be setup in a YouTube-manner. You search for the track, play it, but don;t actually have it on your device.

That might be possible. The trend is already visible in the software industry, where companies seek not to offer a product, but rather a service. Then again, a device strongly relying on Web is not something we’re going to see in the near future because it won’t be able to offer mobility to the user. After all, Wi-Fi spots aren’t exactly covering the planet.

The above scenario is quite predictable in the far future, but claiming that the iPod was obsolete as compared devices to hit the market in ten years is hardly anything more than common sense.

And last, but not least, who knows how will the iPod evolve in the future? Our bet is that not even Steve Jobs has a full-proof plan for the next decade.