The memorial to Steve Jobs, Apple’s founder, placed outside a St. Petersburg college… is no longer there. This happened after a Russian company decided “to comply with the country’s laws on gay propaganda,” after Tim Cook’s coming out as a gay man. 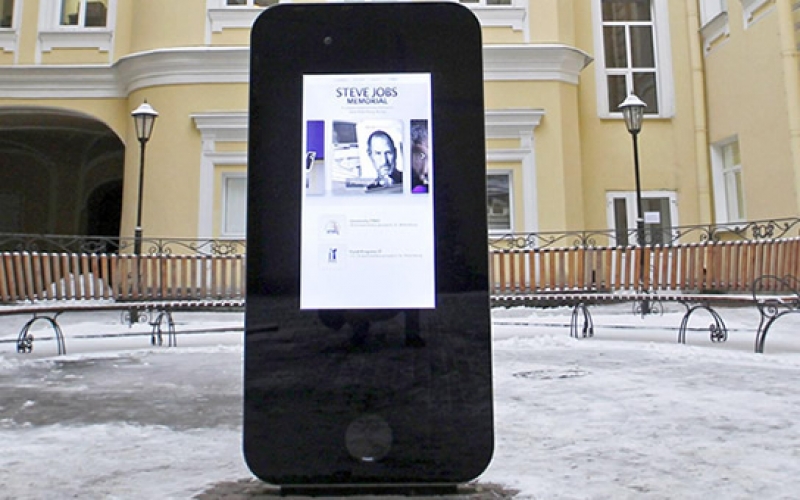 The memorial to Steve Jobs was a giant iPhone, and it is the most recent victim of Russia’s anti-gay propaganda lows. ZEFS, or West European Financial Union, is a group of Russian companies decided to dismantle the replica of the iPhone.

Before being taken down, the replica stood as a two-meter (more than 6ft) shaped like an iPhone, and was erected in January 2013 outside a St. Petersburg college. ZEFS claims it is morally and legally obligated to follow a Russian law, signed by President Putin last year that prohibits the distribution of what government calls "homosexual propaganda" among minors.

Repeatedly however, President Putin stated there is no discrimination against gay people in Russia. Rather, the law aims to "protect youth and traditional family values" in the country.

"In Russia, gay propaganda and other sexual perversions among minors are prohibited by law," said a spokesperson for ZEFS, adding that the replica had been "in an area of direct access for young students and scholars."