Attempting to land a probe on a comet speeding through space isn’t easy, but European Space Agency (ESA) plans to do just that during this week. If the attempt is successful, it will be the first time a probe would land on the surface of a comet. 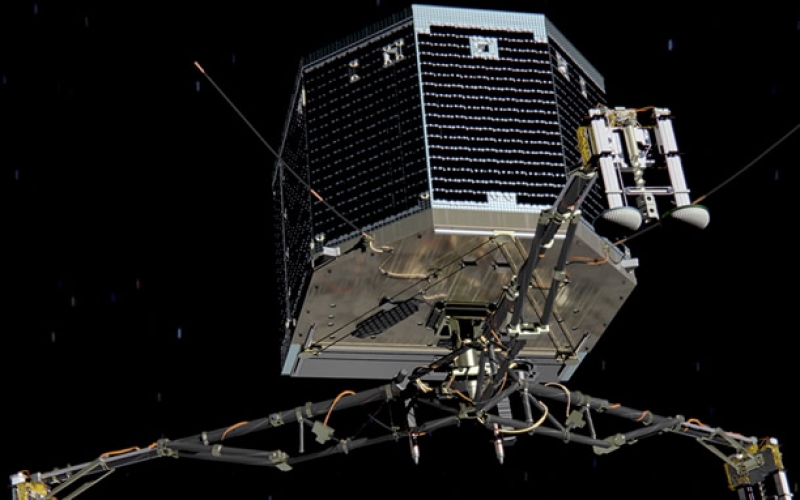 ESA officials plan to land the robotic Philae probe on Comet 67P/Churyumov-Gerasimenko’s surface Nov. 12, and the event is available at Philae’s live webcast from ESA and NASA beginning on Nov. 11 until the end of Wednesday. Mission controllers will know if the landing succeeded by 11:02AM EST on Nov 12.

Needless to say, the landing operation is extremely risky. The surface of the comet is filled with boulders and cracks, and Philae’s landing system does not have the capability to take any action at the last minute.

Seven hours will pass before scientists on Earth will know if Philae’s trip to the surface of the comet was successful. This block of time is called “7 hours of terror” in a NASA video, inspired by NASA’s Curiosity rover’s “7 minutes of terror” describing the Mars rover’s landing sequence.

“This comet is very, very rough,” said Andreas Accomazzo, operations manager for Rosetta at the European Space Agency. “But this is what we have, and this is what we are trying to do. We have to be a bit lucky as well.”