In a world’s first, the Dutch do what every sane person expects from their government in the 21’st century 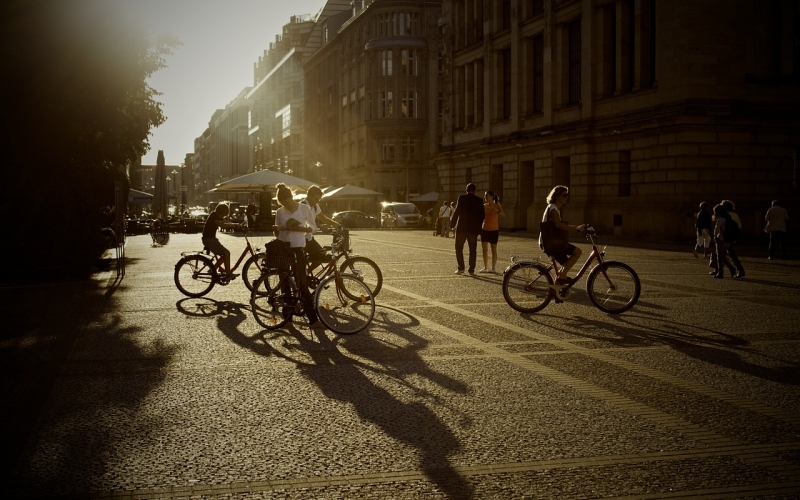 The Netherlands have inaugurated the first solar bicycle lane, as part of an ambitious project aimed at providing electric power to all Dutch bicycles and vehicles.
Comprising a network of over 14000 km of highways and more than 5000 km of bycicle lanes, the Netherlands is the first country to set an effective example towards cleaner energy.
In fact, Dutch scientists have long considered the current energy sources as the backwaters of technology,  and call for actions suitable for the 21’s century.
The new lane was build 70 kms north of Amsterdam and connects 2.5mx3.5m concrete modules covered with solar panels. The top texture prevents slipping to avoid any unfortunate accidents.
According to Stefen de Wit, Dutch scientist, the new solar lanes will soon power up solar vehicles without having to hook into the power network. Right now, all the produced power is stored into the public energy network, but things are likely to change in the near future, as technology steadily advances.
During the opening ceremony, Dutch minister for economy, Henk Camp said this new invention is part of a greater scheme, to make his country’s energy policy 100% independent.