TCL, a Chinese manufacturer, stunned the global industry with its release of world’s largest curved UHD TV with a 110inch screen at IFA 2014, in Berlin, Germany. 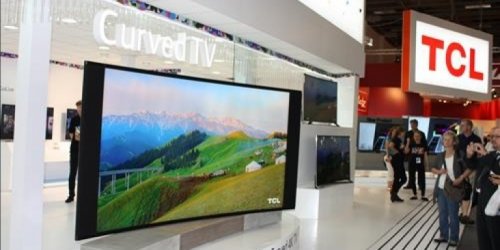 On a related note, TCL and Hisense, another Chinese manufacturer unveiled quantum dot TVs, which experts consider the next generation of TV technology. With their impressive higher definition, quantum dot TVs will put Korean companies farther behind.

Quantum dots emit light after receiving an electrical stimulus, and will definitely replace light emitting diodes (LED) in TV manufacturing process. With a much clearer and lighter than liquid crystal displays (LCD) TV, there is no easy way to predict how far ahead the Chinese companies will get – add to the equation reduced production costs, and the math of how competitive the market gets becomes interesting.

While there has been a distinct sense of surprise, a TCL representative said the company plans to introduce to the market a 55 inch quantum dot TV sometime in 2015, priced at 2,000 euros.

The market was deeply surprised by TCL’s presentation of quantum dot technologies, as Samsung and LG are famous for their technologies. The companies though, were not shocked, as a Samsung representative indicated: “We possess the technologies for quantum dot TVs, but it is too early to introduce in public.”