The latest iPad brings two major changes to Apple’s approach to tablets: a lower price, and a display that supports the use of a stylus. 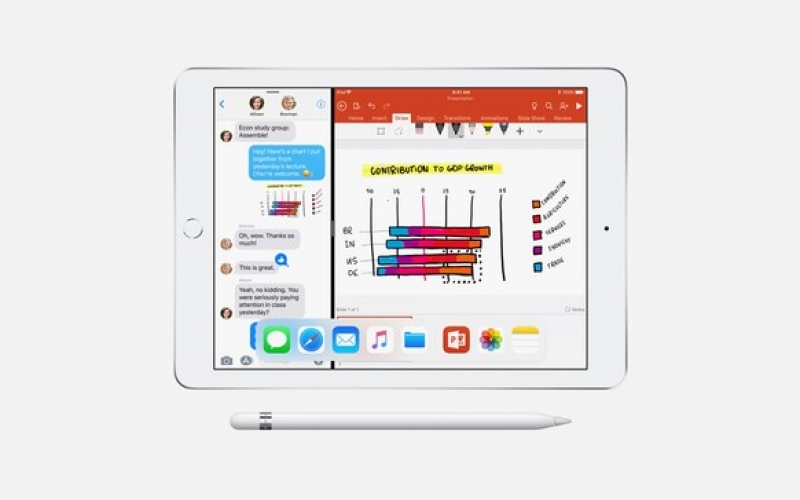 Both changes position this 9.7-inch iPad as an educational tool for drawing or taking notes at a price that lets it compete with its biggest classroom rival, Google’s Chromebook.

This iPad is also reliably fast thanks to the new A10 Fusion processor, and comes with improved cameras and 32 GB or 128 GB of memory.

Pricing in the US ranges from 329 to 559 dollars in four categories, depending on whether you want extra memory or LTE functionality.

The biggest hardware improvement is support for the Pencil, which, while bringing the handy ability to write homework, correct essays or sign documents, comes at a steep additional price of 99 dollars.

Alternatively, users can pick from a number of third-party styluses, such as Logitech’s cheaper Crayon.

Teachers and pupils will still have to live without a computer mouse or attachable keyboard, meaning this iPad isn’t quite ready to replace your laptop or MacBook.