The reason behind the decision of region-locking the Army of Two’s multiplayer is finally revealed: it’s all about the connection. 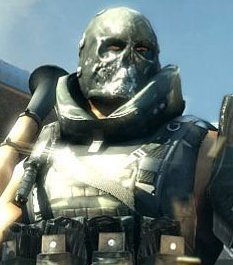 While at first it was presumed that the move was aiming to keep down server loads, the goal behind having people shoot each other only if they’re on the same region was another: to keep the game running smoothly and without any lag-related issues. "The game works on a deterministic or peer-to-peer network setting. Because we have all these synchronized animations and the players are always doing things together, the only way to support that kind of model right now is to use a deterministic model for networking."

"Unlike client server, in a peer-to-peer or deterministic model, the person with the worst connection brings everyone else down to their level. So you could have three people playing with a good connection and one person with a bad connection in another continent, and everyone is brought down to his level."

Schneider hinted that the game might move away from the current setting sometimes in the future, but no time frame has been nailed down for the time being. Aside from keeping lag to a minimum, the current locked setting is also due to various regions having different rules.

"You can’t shoot dead bodies in Asia. You can’t have a peer-to-peer model where one person can shoot bodies and the other can’t because ultimately the game’s simulations diverge."