Gold sellers have been a plague of online games sfor quite some time. People got used to ignoring them, but some developers would just not let things as they are. Warhammer Online has recently deported 400 more such sellers to Ban-Land. 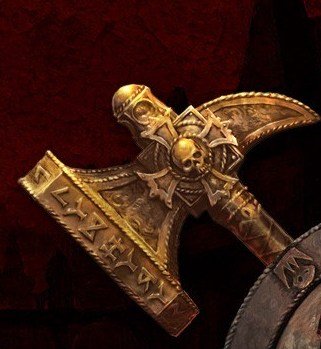 “I hate gold sellers/spammers. No, that’s not strong enough, let me try again. I HATE GOLD SELLERS WITH EVERY FIBER OF MY BEING. Ah, that’s better.[…]And now that they have taken their obnoxiousness to new levels with gold service spamming, I HATE GOLD SPAMMERS EVEN MORE NOW THAN EVER BEFORE. ”

However, hate is one thing, getting things to normal is another and Warhammer Online has an online team ready to go to action when needed:

“Since WAR launched we have been banning these jerks like crazy. As of Saturday Night, we had banned about 400 of them. My CSRs have a zero tolerance policy. We don’t wait and let them stay in the game and ban them en-masse, my guys ban their useless, time-consuming butts right away. We have a strike team whose sole job it is to get these guys off our servers as quickly as possible.”

Furthermore, Jacobs unveiled some tests performed on the Phoenix Throne server. When some gold seller was discovered, a message would publicly appear saying the following:

Such messages will soon find their way onto other servers as well, as the zero tolerance policy will continue. For spammers and the likes of them Jacobs has only one message: “Go to hell.” Not very subtle, but clear and easy to understand.