Pictures of the crowd at US President Donald Trump’s inauguration clearly show that fewer people were on the National Mall that day than during Barack Obama’s inauguration. 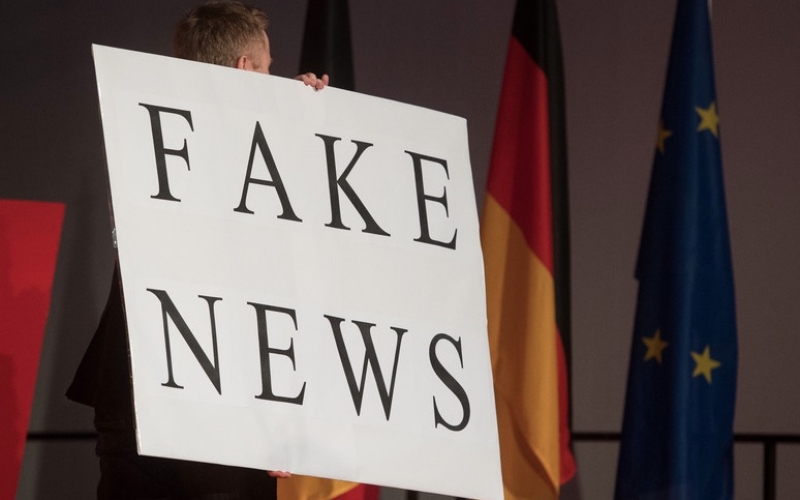 But when then-White House Press Secretary Sean Spicer insisted the swearing in drew the "largest audience to ever witness an inauguration — period," many believed him.

It’s just one example of how multiple versions of the same events are being told to different effects, with platforms like Facebook and Twitter making it easier than ever for fake reports to spread amongst its users.

Two US psychologists have developed a theory for to explain for this readiness to not just believe different versions of events, but also to actively share and retweet them.

According to their theory, false information — so-called "fake news" — is believed by people who value their political convictions or their affiliation to a political party more highly than the goal of being correct.

In the case of President Trump’s inauguration, membership in the Republican Party and the social status that entailed was more important to people who believed these false reports than the accuracy of that information, said Jay Van Bavel and Andrea Pereira of New York University.

The researchers have presented their hypothesis in the journal “Trends in Cognitive Science”. Their theory is based among others on the theory of social identity, which is concerned with group processes. “A truly high-quality news source is not as important if we think that the people who produce it belong to a different group then us,” said Van Bavel.

Van Bavel and Pereira trace this way of thinking back to the fact that a person’s tribal affiliation was of decisive importance for long periods of human evolution. That’s why an individual prizes their identity with their own social group, such as their membership in a political party, more heavily than values like accuracy or truthfulness.

The two psychologists also have suggestions as to how this way of thinking can be broken through. What’s important, they say, is to take into account peoples’ needs for social recognition. “People experience uncertainty in general as something that produces aversion and discovering that you have held false beliefs can threaten your identity,” the psychologists write.

They recommend relating to a larger group when making an argument, like referring to all Americans or all people, or mentioning critics from the party of the person affected. The psychologists also see an additional possibility for reducing political polarization by making people aware of their own ignorance to political details. This occurs when they are prompted to explain these details exactly.

But while this method of argumentation is not false, it isn’t new either, says Thomas Kliche, a political psychologist from the Magdeburg-Stendal University of Applied Sciences. He takes issue with the fact that Van Bavel and Pereira largely equate party membership and worldview.

Kliche therefore calls for a deliberate and responsible confrontation of decisions in all areas of life, for example through participation, employee-oriented leadership or improved political education. Strengthening the ability to manage open-ended situations and ambiguities is likewise indispensable, he said.

In addition, politics has to develop new strategies for communicating change, said Kliche. While it is risky to think frankly about long-term challenges and difficult potential solutions before an election, this is still necessary in order to prevent the collective self-destruction of society, he said.