How is it possible for the arctic fish to swim in freezing waters, but not freezing themselves? Scientists may have the answer. 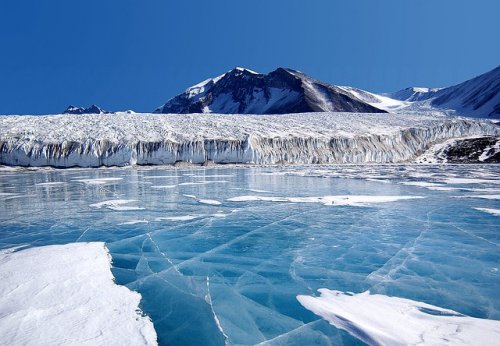 Apparently, arctic fish produce an “antifreeze” protein that protects them from freezing in the bitterly cold Southern Ocean. However, after the water warms up, the ice crystals accumulated in their bodies do not melt. The research is published in Proceedings of the National Academy of Science.

Paul Cziko, the lead researcher, said: "We discovered what appears to be an undesirable consequence of the evolution of antifreeze proteins in Antarctic notothenioid fishes. What we found is that the antifreeze proteins also stop internal ice crystals from melting. That is, they are anti-melt proteins as well."

Researchers attempted to understand the antifreeze ability of the arctic fish, and wanted to see what happens when the water warms up at temperatures that typically result in ice melting. To their surprise, the water had to warm up at much higher than expected temperature; when ice is heating much higher than its melting point, scientists describe the process as “superheated.”

In their estimation, accumulation of ice crystals may have adverse consequences, affecting fish physiology, but no such results have emerged.

Cziko continued: "This is just one more piece in the puzzle of how notothenioids came to dominate the ocean around Antarctica. It also tells us something about evolution. That is, adaptation is a story of trade-offs and compromise. Every good evolutionary innovation probably comes with some bad, unintended effects."