Apple tried to push the latest version of its Safari browser onto as many computers as possible. But, in doing that, the company also encouraged users to violate the its own End User License Agreement (EULA) for Safari. Will now Apple sue itself? 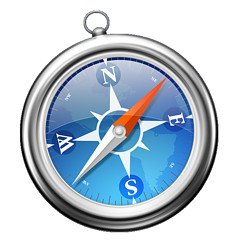 "this License allows you to install and use one copy of the Apple Software on a single Apple-labeled computer at a time. Use of this software is subject to the original Software License Agreement(s) that accompanied the software being updated."

So, in other words, non-Apple users are not allowed to use the software. Then again, that’s exactly what Apple has been luring Windows users to do and thus, to violate the agreement. To Apple’s embarrassment, it’s also worth pointing out that the he agreement was last updated this January; that’s six months after Safari’s debut on Windows.

Needless to say, no legal action are to be taken, but some people at Apple might be looking for a new job in the near future.

All in all, it seems that the Safari launch was not a lucky one. The browser, which also came as an optional download packed with the latest iTunes update, was everything but friendly to Windows XP users, who kept complaining about crashes on Apple’s forum.