The PlayNow Arena subscription service from Sony Ericsson is getting ready to become available to customers worlwide. 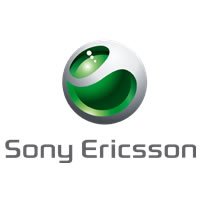 The service made its debut this August, but only in Scandinavia, with Denmark, Finland, Norway, and Sweden being the only countries that had access to it. The service should become available worldwide in the beginning of 2009.

Now the company announces a new enhancement: an unlimited subscription option called PlayNow Plus. The new option was added so Sony Ericsson’s service would be able to compete with Nokia’s Comes with Music service.Monthly subscription charges have not been detailed yet.

“Expanding our PlayNow service portfolio by adding PlayNow plus and by launching PlayNow arena in Belgium, the Netherlands, Switzerland, Austria and the UK during the fourth quarter, are key elements of the Sony Ericsson service strategy,” says Rikko Sakaguchi, Senior Vice President and Head of Creation & Development at Sony Ericsson. “These steps and the addition of Universal’s catalogue to the music offering in both services gives us every possibility to provide customers and consumers with what we feel is important and requested – an unparalleled user experience on Sony Ericsson devices.”

As expected, the new option will become available first in Sweden (in Q4 2008), where Sony Ericsson already teamed up with Telenor.

To encourage customers to use the service, Sony Ericsson plans to include, as part of the service, up to 1000 of recent popular tracks, both locally and globally, with each PlayNow plus phone.

iPhone To Get New, Non-Misleading Ads In The UK

Samsung Unveils The I750, Its First Android Phone