Restructuring plans are the new business trend nowadays and Ericsson is one company eager to be known as trendy. Therefore, the Swedish giant announced that 5,000 employees will soon be looking for a new job. 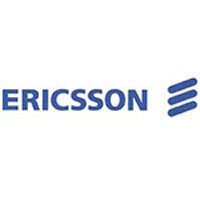 Around 1,000 staffers are located in Sweden, primarily in Stockholm. The plan aims primarily to reduce the number of consultants and other temporary staff, as well as to consolidate its R&D department. Such measures have been triggered by the Sony Ericsson joint venture, the one department that has been hurt real bad by the lack of consumer demand.

Carl-Henric Svanberg, President and CEO of Ericsson issued a statement underlining his confidence in the business:

“During the year, we saw some 650 million new mobile subscriptions and the 4 billion milestone is now reached. 2008 was also a breakthrough year for mobile broadband. […] The economic recession is spreading across the world. The effects on the global mobile network market should not be that significant as most operators have healthy financial positions, there is a strong traffic growth and the networks are fairly loaded.”

Still, people are getting fired and everyone has become real careful when it comes to spending money.