Winamp reached its 10th birthday this year, reason enough for Nullsoft and AOL to release a new version of one of the world’s most popular multimedia players. 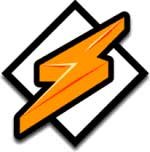 Winamp 5.5: The 10th Anniversary can be downloaded from here.

Microsoft On The Excel Bug