No more chocolate by 2050? Several articles have pointed recently that we are heading to a major chocolate crisis 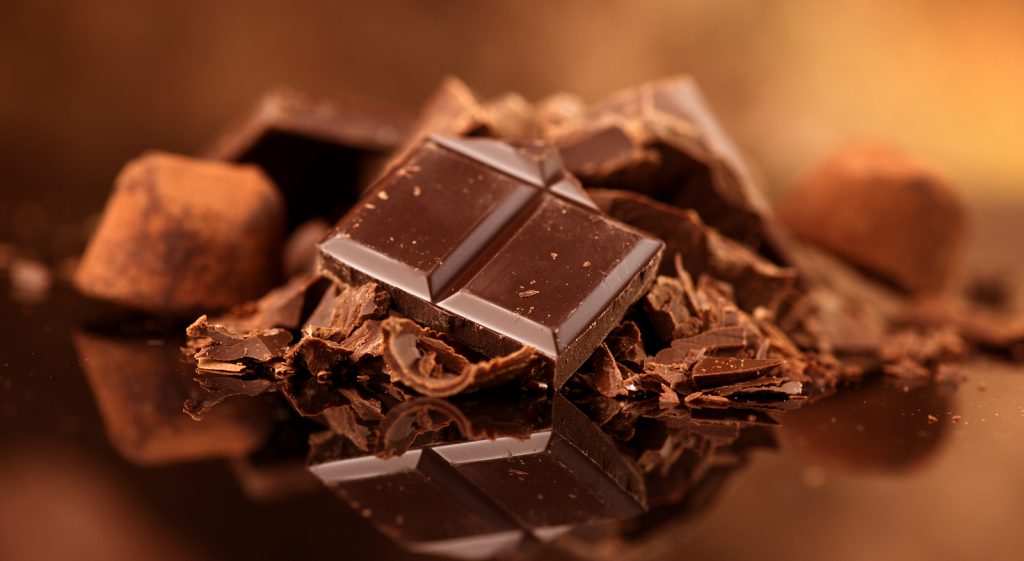 So where are the biggest chocoholics located? Traditionally, more than half of all chocolate produced is eaten in Western Europe and North America. Country with the “sweetest tooth” in the world is Switzerland, with more than 8kg per capita of chocolate consumed in 2017.

But even though developed markets are at the forefront of chocolate indulgence, future growth opportunities could be elsewhere. One way to look is toward China and India, with populations over 1 billion people each. Rapid urbanization, growing middle class and changing consumer tastes have triggered increasing appetite for chocolate.

India is currently one of the fastest-growing chocolate markets, with demand steadily rising over the past years. In 2016, over 228,000 tons were consumed, an increase of 50% in comparison to 2011. Indians have a fling for anything sweet and chocolate has become one of their favourite treats as they perceive it as healthy, hence they do not hesitate when it comes to snacking.

As for China, in the wake of economic reforms in early 1980, chocolate was considered as a rare delicacy. Since then, the country has lagged behind others in chocolate consumption, with less than 1kg consumed per year by an average Chinese.

But things are changing as new trends like “coffee culture” emerge, affecting ways chocolate is used and consumed. Also, millions of affluent Chinese shop online for high quality foreign delicacies, pushing retailers such as Alibaba to rethink their business models in order to stay on top of their game.

Yet chocolate producers are struggling. Cocoa, the delicate plant behind chocolate needs humid tropical climates and shades of rainforests, which limits areas where you can grow it. Leading regions are found in West Africa, with Ivory Coast and Ghana alone contributing to more than 50% of the entire world’s production.

However, as a result of global warming, cocoa cultivation in these areas is expected to literally move uphill to maintain optimal growing conditions. The challenge remains in the limited areas of land available, as many of these locations are currently banned from cultivation or might not be suitable for it.

Enemies of cocoa trees come in different shapes and sizes, two being disease and pests. Estimates indicate that these nuisances cause yearly losses of 30% to 40% of the total global cocoa production.

In June of this year, Ivory Coast announced it will have to take out an entire cocoa plantation of 100,000 hectares contaminated by swollen-shoot plant virus to stop it from spreading further. It will take at least five years before the area can be it replanted again.

As a result of “natural” hazards coupled with price fluctuations, cocoa farmers consider switching to alternatives potentially more profitable and easier to produce.

Ghana, world’s second largest cocoa supplier, has its eyes on Asia and specifically China as the next “big thing”. To boost its yearly cocoa production, Ghana is trying to secure a $1.5 billion loan from Chinese Eximbank. Collaboration is backed by governments of both countries as mutual interest is obvious, reflected in the potential the Chinese chocolate market.

Other “hot” destinations are found across Middle East and Africa. United Arab Emirates and Saudi Arabia are leaders in chocolate spend per person, well above the regional average. Consumers in these markets perceive chocolate as a wealth symbol, driving demand for premium brands.

Chocolate confectionery in Algeria has a healthy performance as well, driven by different rationale. According to Euromonitor, Algerians consider chocolate to be a an energy booster making individual consumption thrive particularly among youth, while it is less present in gift giving.

Mondelez International wants all of its cocoa sustainable as well. Milka is the latest one of its brands to join Cocoa Life, launched in 2012, aiming to empower cocoa farmers.

While these initiatives are a great leap forward, main supply-chain stakeholders admit that they’re not sufficient to bring cocoa farmers out of poverty, which is one of the major problems they face. An example is Ivory Coast, a primary cocoa producing country. A UTZ-certified cocoa farmer will only earn additional yearly income of 84€ to 134€ – approximately 16% more in comparison to the non-certified one.

Other constraints emerge, such as limited reach of certification. Farmers should be members of cooperatives to benefit fully from the process. In the case of Ivory Coast only around 30% of them are currently in. Another difficulty is to ensure that no child labour is used over the entire supply chain, something that’s basically impossible to control.

Local cocoa producers in Africa have plans of their own, with an announced OPEC-like initiative. They want to have more influence over global cocoa prices by better coordinating production levels and sales policies between countries. This could better protect small cocoa farmers who are vulnerable to price swings in global market.

While claims of a looming “chocapocalypse” might be overblown for the time being, risks are real and we need to be mindful of them.

It is optimistic to see that main stakeholders in the process of chocolate manufacture are pitching in with their own contribution. Whether it will be enough to secure the future of chocolate remains to be seen.