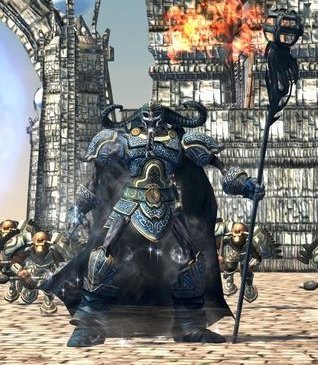 Demigod will be published by Stardock (Sins of a Solar Empire, Galactic Civilizations.) in February 2009, the official announcement reads. Initially, the game was supposed to be released in late 2008. "Forging our new partnership with Stardock is a big deal for all of us at GPG, and we couldn’t be more excited about it," said Chris Taylor, founder and CEO of Gas Powered Games. "Not only do we have a proven retail publisher, but we get to partner with a pioneer in the digital distribution space… a company that totally understands what kind of experience our customer wants and the quality game they demand. The whole proposition is truly refreshing."

Gas Power Games said that the game has to be delayed because of the public beta scheduled to launch this summer, as the development team needs time to incorporate feedback from the beta players.

Demigod is a team-based action game with RTS and RPG elements. Players take control of a massive Demigod with the goal of annihilating their opponent’s position in a given arena while preventing the opponent’s Demigod from doing the same to them. Although the game supports superb one-on-one duels, the title will truly shine in team play either with other human-controlled Demigods or with ones controlled by a sophisticated computer AI. As the game progresses, the player’s Demigod will acquire items, attributes and experience.