“The PlayStation 3 Magazine review of Fallout 3 started a deluge of comments over the web due to one phrase: “The PS3 version compares poorly to its Xbox and PC counterparts.” 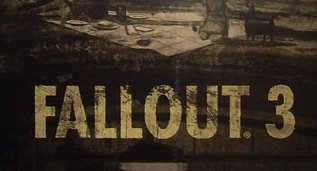 Is the PlayStation 3 version of Bethesda’s RPG worse looking than the other two? Is the game not worth playing on Sony’s console? These are the general lines of the web talks, so PSM3 had to step in and offer its point of view, in hope to clear up the matter: “The PC version of Fallout 3 is gorgeous.[…] The Xbox 360 version’s textures are noticeably rougher than on PC, and objects in the distance aren’t quite as clear.[…]

NOW, the PS3 version looks the same as on Xbox, but things in the distance are slightly jaggier/rougher, the textures seem ‘muddier’ up-close and the frame rate is choppier, especially during the last few story missions. So, really, the difference between the Xbox and PS3 versions won’t hamper your enjoyment of the game in ANY WAY.

And if you’re bothered by a slightly inferior frame rate and fractionally blurrier textures, then perhaps, yes, you’d best buy the Xbox version, leaving the rest of us to enjoy an almost-identical, equally brilliant, game on PS3.”

It remains to be seen whether this damage control reply will be effective or not. The PS3 version of Fallout 3 may not be as bad as some fans gone berserk might claim, but even the magazine admits it: it’s the third title in terms of quality.