Valve’s top man Gabe Newell is certainly not the most popular guy as far as DRM makers are concerned. His latest opinion on DRM leaves nothing to the imagination: everyone would be better off. 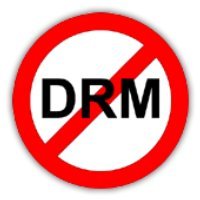 An email send by a gamer called Paul Reisinger prompted Newell to give a straight answer regarding the DRM issue in games, which was later posted on the ih8evilstuff LiveJournal page: “As far as DRM goes, most DRM strategies are just dumb. The goal should be to create greater value for customers through service value (make it easy for me to play my games whenever and wherever I want to), not by decreasing the value of a product (maybe I’ll be able to play my game and maybe I won’t).

We really really discourage other developers and publishes from using the broken DRM offerings, and in general there is a groundswell to abandon those approaches.”

Such comments will certainly earn Newell a lot of love from EA, especially since the entire issue was started by the latter’s Spore, a game soaking with copy-protection software.