A mysterious Twitter message from 3D Realms’ George Broussard might lead to the conclusion that the long-overdue Duke Nukem Forever has arrived in its final stages of development. 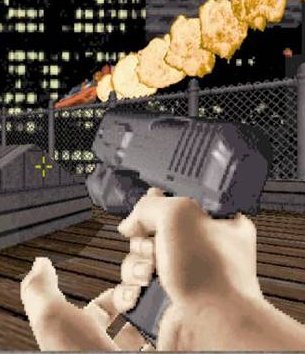 “Closing out a milestone this week. 71 more tasks to do and we started with probably 800-900. Been a good push. Next one starts Monday.” And that’s it. Broussard doesn’t specifically mention the Duke Nukem game, which might lead some to the conclusion that the message is actually about Prey 2. The game is also on 3D Realms’ workbench and scheduled to be released this winter.

However, Prey 2 wouldn’t need such sort of hype or, better said, such sort of reminder. In the mean time, Duke Nukem Forever has become the joke of the industry and many still wonder if the game will actually be completed at some point. 3D Realms originally announced it back in 1998 and remained in a “when it’s done” state ever since then.

We’re sure that a new tweet from Broussard will clear things up. If the message was indeed about DNF, then expect a follow-up in three or four years from now. And stay optimistic: your grandchildren might live long enough to get to play the demo. Alpha version.