It was crystal clear for everyone that the DirectX9 version of Crysis will be far from a match to the more enhanced DirectX 10 version. However, the differences themselves have been missing from media reports. Now, Crytek has released a list detailing what will DirectX10 feature in multiplayer and DirectX 9 won’t. 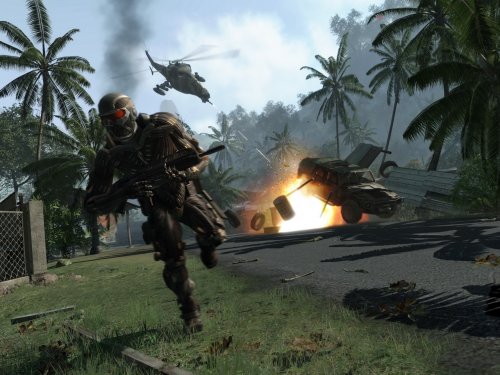 The first limitation of the DirectX9 version has everything to do with physics. While DirectX10 players will be able to yell “Timbeeeer!” when shooting down trees, DirectX9’ers will only be able to shoot at the vehicles on the map and watch how all the other objects remain unharmed. Also, DirectX9 games won’t feature day and night cycle in-game. Crytek stated that it decided to axe the dynamic change of the time of day as it most-certainly would lead to “tremendous server load” on crowded gaming servers. As it follows, the only way to play maps with different time of day settings is to simply change the maps in the Sandbox2 Editor.

No such restrictions will exist for DirectX10 versions:

“ Due to the strong hardware available with DirectX10, server load is less and performance is increased. This ensures the pure physics and day and night cycle experience without any limitation.”

In conclusion, Crytek makes it clear that DirectX9 gamers won’t able to play on DirectX10 servers. In the mean time, those using a DirectX10 card may join DirectX9 servers, but will “enjoy” the limitation of the respective server. (spotted on Total Crysis)