Universal is ditching the losing side of the format war and announces it has joined the Blu-ray camp. 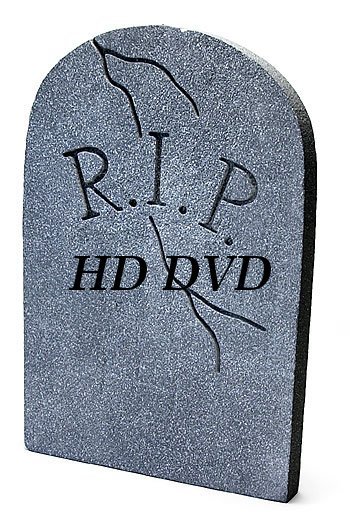 The move is hardly surprising, especially since even the developer and leading supporter of the format (namely Toshiba) decided to give up the battle and issue the shovels needed for a decent HD DVD burial. As expected, the statement made by Universal president Craig Kornblau was focused around the “it’s good for the consumer” concept:

"The emergence of a single, high-definition format is cause for consumers, as well as the entire entertainment industry, to celebrate. While Universal values the close partnership we have shared with Toshiba, it is time to turn our focus to releasing new and catalog titles on Blu-ray," he said.

In the mean time, things are still pretty quiet in the Paramount and Dreamworks camp. No official announcement has been made yet. Perhaps the management is still busy congratulating the one responsible for proposing that the entire studio join the HD DVD movement back in August last year.