In a move to expand into the Russian e-commerce market, Chinese firm Alibaba Group Holding Ltd has announced the launch of a joint venture with Russian tech giant Mail.ru Group and other key players. The strategic joint venture, announced on Tuesday, September 11, in Russia is valued at around $ 2 billion. 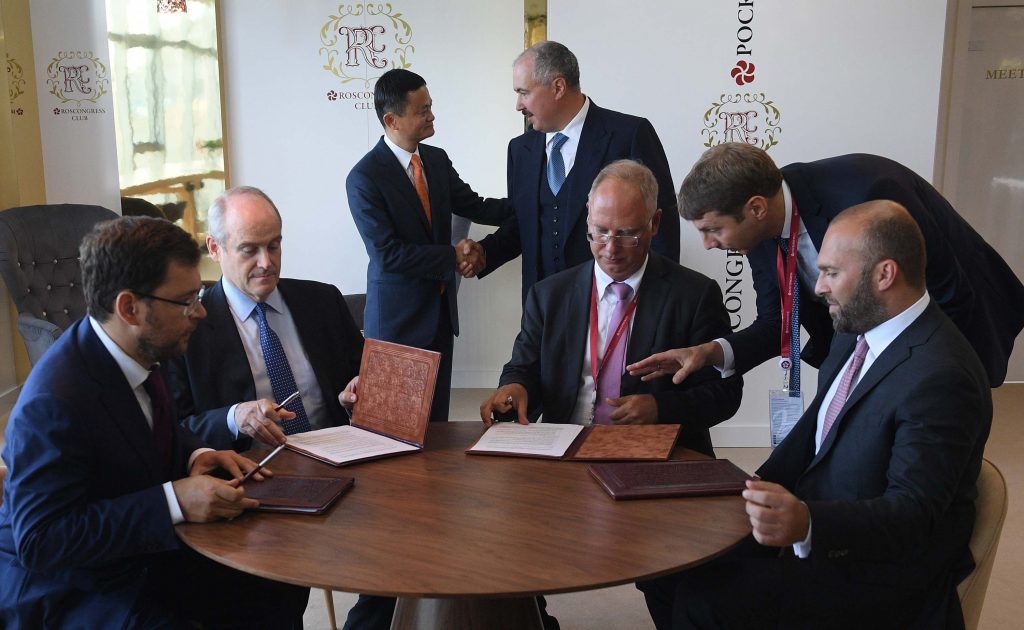 The other key players in this joint venture are telecom industry leader MegaFon, and the Russian Direct Investment Fund (RDIF.) The deal, set to become formalized within the first quarter of the year 2019 will see Alibaba fold its current Russian outfits including AliExpress and Tmall into the venture. Mobile operator, MegaFon will, in return for a 24% stake in the business, sell its 10% stake in Mail.ru Group to Alibaba. The Russian Sovereign Wealth fund, RDIF, will bring in funding of around $ 300 million for a 13% stake in the venture. For a 15% stake, Mail.ru will bring to the table its mobile marketplace, Pandao, as well as giving the new company access to users of the social networks that the group owns.

The venture, dubbed AliExpress Russia seeks to integrate these key platforms to create a one-stop consumer platform where users can communicate and get social, shop and play games. It is set to be a social-commercial platform that will add value to Russia and the Commonwealth of Independent States (CIS.) The joint venture will see Russian consumers freely buy from AliExpress merchants across different overseas markets where the international e-commerce marketplace has a presence. It will also give Russian online sellers access to the millions of AliExpress consumers across the world.

Today, Russia boasts of an estimated 70 million internet users, out of its total population of about 140 million users. With access to smartphones becoming a real for many, more people are expected to join the online community in the coming years. The partnership seeks to have the new outfit strategically placed to tap into and maintain a good foothold on this very promising online market. The newly-formed alliance will be an advantage when facing competition from local players, which includes big names such as Yandex and Wildberries.

With the local firms holding a combined stake of 52%, sentiments shared by all parties speaking of the desire to make the venture truly Russian are set to become a reality. The Russian firms will have the majority stake, and by extension, control, over the operations. The new platform will make use of Russian payment systems.

The parties will bring together capital, unmatched expertise, and strategic assets in a venture that has been hailed as a remarkable breakthrough and a significant step towards the digitization of the growing Russian e-commerce space.

The parties involved signed the deal at the Eastern Economic Forum (EEF) held in the eastern city of Vladivostok, Russia. Alibaba founder and chairman, Jack Ma, who recently announced his retirement from the e-commerce giant was in attendance, although he was not present during the announcement of the strategic partnership. Russian head of state, President Vladimir Putin, was also in attendance at the forum.