Following a huge X-class flare that ripped apart Sun’s lower atmosphere, sending a wave toward Earth, scientists are preparing for effects to appear on Friday. Most likely, the effects on Earth are moderate or even strong auroras during the weekend. 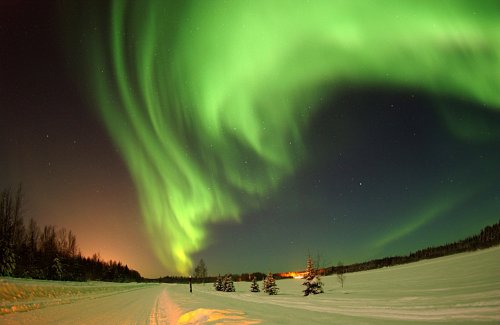 The X-Class flare event – the most powerful – initiated a wave of X-rays and other particles that reached Earth only eight minutes later. On the Sun, bright regions were visible thirty minutes later with decreased intensity, but still the brightest as ever witnessed by solar expert Jay Pasachoff: "the brightest H-alpha flare I have ever seen (in contrast with the rest of the solar disk”

Auroras are expected to form as the front passes the space, leaving the Earth behind. The wave should reach Earth Friday morning, and scientists forecast moderate G2 geomagnetic storm on Friday, followed by G3 level storms during the weekend. Locations north of the 45 degree parallel might see the auroras.