Hot Jupiters exercise major gravitation pull on their host sun, according to a new study by Cornell University. 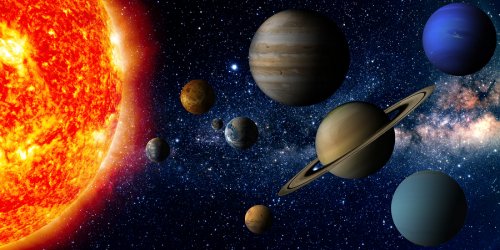 The study shows  this common type of exoplanet has the potential to distort the sun’s motion by making it "act in a crazy way", as Professor Don Lai, the study’s senior author, colloquially says.

The study is particularly precise in case of binary systems where the giant planet follows a warped, misshaped orbit getting it dangerously close to one of the stars.

As the giant planet passes by its sun, gravitation steps in and changes the sun’s  spin angle, making it wobble like a teetotum.

This known as torque-induced precession and occurs when two massive spinning bodies pull on one another gravitationally.

Dr. Lai also expressed his surprise about how these "giant planets can be so close to parent star". The study reveals how counter intuitive binary star systems are in terms of celestial equilibrium.

Although many times the size of our own Jupiter, this gaseous giants almost touch against their host star, at a distance much shorter than Mercury gets to our Sun.