Comcast has been caught toying with its users’ BitTorrent traffic and impersonating users’ computers. The company claims it has every right to do so according to its standard contracts, but the penal code in various states might not agree. Lawyers and privacy groups are already looking into the matter and will no doubly sue if they consider they stand a good chance in court. 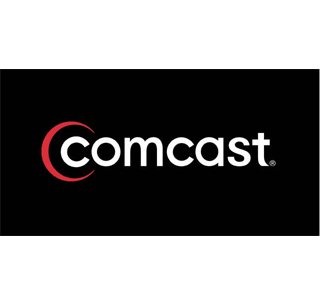 On its defense, Comcast can quote the terms of use described in its contract with customers, which state that the company reserves the right to “refuse to upload, post, publish, transmit or store any information or materials, in whole or in part, that, in sole discretion, is undesirable or in violation of agreement.”

Then again, a contract is a contract and the law is the law. According to the law, what Comcast did can be basically called “ impersonation”, a practice upon which the law mostly grins. For instance, section 190.25 of the state of New York penal code reads the following:

“ A person is guilty of criminal impersonation in the second degree when he:

1. Impersonates another and does an act in such assumed character with intent to obtain a benefit or to injure or defraud another;[…] Criminal impersonation in the second degree is a class A misdemeanor.”

The scandal mostly paralyzed Comcast’s PR department and the public statements we’ve had so far go to prove it. More interesting is a comment made by a Comcast Internet executive, who told The New York Times that Comcast :

“uses data management technologies to conserve bandwidth and allow customers to experience the Internet without delays. As part of that management process, he said, the company occasionally – but not always – delays some peer-to-peer file transfers that eat into Internet speeds for other users on the network.[…]

But he insisted the company was not stopping file transfers from happening, only postponing them in certain cases. He compared it to making a phone call and getting a busy signal, then trying again and getting through. In cases where peer to peer file transfers are interrupted, the software automatically tries again, so the user may not even know Comcast is interfering.

The executive also noted that peer-to-peer network users represent a minority of Comcast customers, but that they use a disproportionate amount of bandwidth.”

So basically, Comcast agrees with Sony’s rootkit policy (“the user won’t mind because the user doesn’t know what we’re doing”). Also, the company seems to agree that it deliberately interferes more than it should so it could "preserve" bandwidth for others, even though the users pay so they could use a clear amount of bandwidth. Well, this is one way to get users go for a more expensive plan. Or for another company.