Invite-only BitTorrent site OiNK has been put to sleep for the time being by UK and Dutch police. Seems like the site’s policy to offer pre-release music to its users really got on the authorities’ nerves. 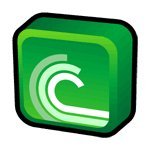 The authorities stated that OiNk had been under investigation for two years the IFPI and British Phonographic Industry (BPI). "OiNK was central to the illegal distribution of pre-release music online. This was not a case of friends sharing music for pleasure. This was a worldwide network that got hold of music they did not own the rights to and posted it online," the IFPI said in a statement.

The UK police arrested a 24-year-old man and performed searches in two locations: his father’s and his employer’s house. In the mean time, the Dutch police raided several locations in Amsterdam, including OiNK’s servers datacenter. In addition, more than 180,000 names and email addresses were also confiscated.

The BitTorrent site was famous for being able to be one of the first to get hold of pre-release albums and leak them way before their official launch date. Around 60 pre-release albums were made available through the service this year, claims the IFPI.

Up till now, OiNK’s operators thought they couldn’t be reached by the long arm of the law because all members could register only after receiving an invitation. Needless to say, they were wrong.

Google Earth 5.0 Dives Into The Ocean

Texas Attorney General Sues Games Radar. The Rest Of The Internet Next On List?