The Itagaki vs. Tecmo scandal carries on, with the company now seeking to legaly silence the Dead or Alive creator. 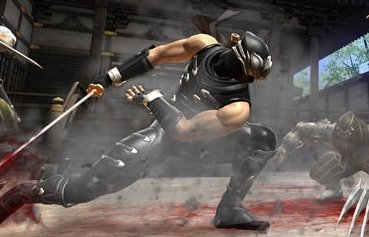 Tecmo now asks the Tokyo District Court for an order that would prohibit Tomonobu Itagaki to speak about several hot topicsn before the case begins. The list submitted by Tecmo includes the following: – Disclosing or leaking information regarding Tecmo’s game software, sales, development or any other company secrets
– Using newspapers, magazines and the internet to criticize company software and company employees
– Obstructing the company’s business through slanderous remarks to third parties
– Do not accept interviews regarding Tecmo or talk to the press about the company

The scandal began with Itagaki announcing his decision to leave Tecmo as well as to sue the company because of unpaid bonuses. Itagaki’s official statement issued to the press went like this:

“Before the start of development on DEAD OR ALIVE 4, Tecmo Co., Ltd. had agreed to pay a completion bonus to me for this Xbox 360 title, which I produced. However, when the time came for the actual payment, Tecmo Co., Ltd. went against its previous agreement and refused payment.[…]

I truly feel sorry to all the fans of the games I have made. NINJA GAIDEN 2, which will launch on the 3rd of June will be the last NINJA GAIDEN I will create. I will also never be able to make DEAD OR ALIVE 5. I regret the circumstances that have forced me to leave Tecmo, where I had worked for so many years, and I regret the disappointment this will cause my fans.

However, I can no longer continue to work with President Yoshimi Yasuda, a man who chooses not to honor promises even when he is able to do so.”

The battle will certainly have a comeback remark from the Dead or Alive creator, so keep that popcorn ready.