Microsoft’s Robbie Bach has been rather quiet recently, something definitely not suiting him. It was expected that the president of the Entertainment & Devices Group would step up and fire on competitors once again. 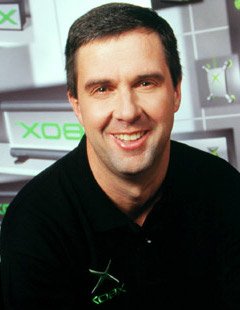 This time, Bach decided to aim at Sony’s PSP, which he presents as failure in most fields, if not all:

“The PSP is a reasonably successful product at the profit-and-loss level. But as a product concept, there are cautionary tales to learn from it. While it is good at producing audio, it’s not a good music player because it doesn’t have local storage (except for flash memory slots). You can’t keep your music there […] you can only get the video under the Universal Media Disc format. That format hasn’t been successful. On a game level, it has done well. But even there, it is mostly PlayStation 2 ports.”

This attack may seem to lack a purpose. After all, Microsoft and Sony aren’t actual competitors when it comes to PSP’s market share. A strike from Nintendo, which does make a fortune with its DS handheld, might’ve made more sense. Then again, Nintendo is too busy raking in the money, so no picking on Sony’s device for the time being.

However, Bach had a specific purpose in mind when it lashed out at the PSP: to further promote the Zune player. It goes like this: the Zune has none of the PSP’s features, but it’s very good at what its doing: playing music.

“When you do these devices, they can’t be pretty good at a lot of things. They need to be great at what they do. Zune is a great music player. We have local storage, a marketplace, the social network. We didn’t do video right out of the gate because you want to do those things in a high-quality way. Same thing in the gaming space. It is technically possible to do games on there. But you aren’t going to see a broad gaming effort from us until we sort that through and have it figured out. I don’t think of Zune like the PSP. The PSP is a game player that also does video and music. We think of Zune as a broad-based entertainment device.”

Yes, as a broad-based entertainment device that mostly no one would buy it. It’s a known fact that Zune utterly failed to grab a substatial market share, despite all of Microsoft’s efforts. But hey, it’s something to act like you’re the bettter product when you’re coming in last, isn’t it?