Master Chief must be a lousy singer to say the least, but I’m willing to bet he’s at least humming right now, along with the Japanese Microsoft team. Wonder what’s the song? Big in Japan, of course. 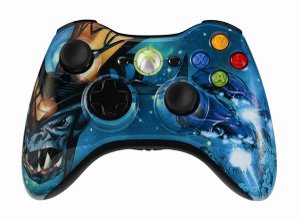 Halo 3 made its entrance in the Land of the Rising Sun and slain all the Pokemons available, forcing them to retreat to a second position:

Normally, this shouldn’t come to a surprise to anyone. Halo 3 has been successfully raiding the market. Then again, Japan is no ordinary market, and Xbox 360consoles and games have been performing poorly right from the beginning. Also, the game had only four days to accomplish this task, as it was launched on September 27.

It remains to be seen if this was just an accident or the Japanese are actually into the Halo phenomenon. If the game manages to give a serious boost to console sales, than we can safely say that Microsoft finally made one more significant step on the market. If not, do expect the game to quietly vanish from the charts when it runs out of current Xbox 360 owners.