This will sound either promising or frightening: The fourth installment in the Metal Gear Solid series needs even more space than the beefy 50 GB Blu-ray disc can provide. 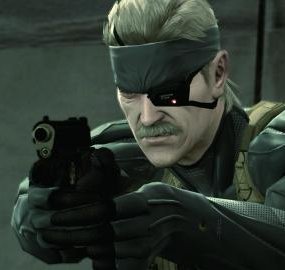 All the fans of the series knew that the game was to be big in terms of data, but the latest statement from Hideo Kojima does put things into a new perspective: It was further hinted that the quality would’ve been better had the developer had the necessary space. Maybe someone should give the developer a hint about using a second disc (be it Blu-ray or just plain old DVD) for the extra stuff.

Either way, do expect Metal Gear Solid 4 to require a lot of time to install itself. The good news is that the game is scheduled to be released worldwide on June 12. Place the disc in the drive and then head to the sea side, MGS 4 should be installed by the time you get back, in autumn.