Blu-ray and HD DVD have been locked in the format war for quite some time and neither of them has gained significant ground during the conflict. In the mean time, another format sits at the table and, by the looks of things, it’s rather hungry for consumers. Is HD VMD too late to get a bite out of the market share pie? 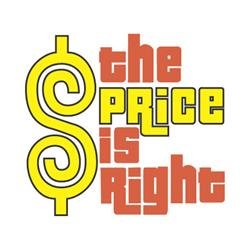 Well, not really, if we only take into consideration the very adoption rate. Consumers are convinced that one of the two competing formats will lose and they don’t want to remain stuck with the Betamax of the new digital age. Furthermore, the prices for the products are doing a good job at discouraging potential buyers.

Both Toshiba and Sony might be boasting about gargantuan market share (which is, in every case, bigger than the competitor’s), but they forget to mention that the next gen market is still Lilliput when compared to the DVD empire. There’s still enough room to expand a business.

And the new format might expand if it plays its cards right. The HD VMD format is a solid challenger which seems to have almost all the features of its rivals and one big advantage: the price. Due to the red-laser technology, HD VMD players will retail for much less than current next-gen players. Marketers might even go as far as far as to put them into the same category with DVD machines. The HD VMD machines will retail for about half the cost of the least-expensive 1080p HD DVD player. No need for comparison with Blu-ray players, which are even more expensive.

If the same price policy is to be applied for the HD VMD movies, then the format’s chances of winning over supports grow substantially. The only question at this point is, how many movies will become available?

At present time, the only Hollywood mogul ready to stand by the new format is Warner Bros, incidentally the same one that has been supporting both Blu-ray and HD DVD. The other major studios have already picked a side and at least some of them are convinced it’s rather late to turn back now. For instance, Paramount is unlikely to give up its HD DVD exclusivity (and the $100 million it got for the deal). Universal has been a HD DVD backer form the very beginning, no need for further comments I believe.

So, before playing “the price is right” with consumers, the HD VMD must lure movie studios to its side. Eventually the format war will be won by the side featuring the most content and if HD VMD fails to do this, then it will certainly end up as a “nice try”, right next to Betamax and one of its two other rivals.