NBC failed to to convince Apple that a significant raise in price was the thing to do. Therefore, NBC got upset and threatened to take its toys and go play with some other kid with an online store starting December. In return, Apple announced that all NBC’s toys will be thrown out from its iTunes playground in September. Business kids will always be kids. Any bets on who’s gonna cry first? 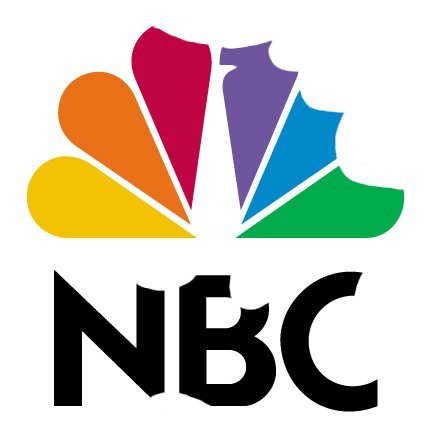 While NBC kept suspiciously quiet regarding the reasons of its break away from iTunes, Apple stepped forward and told its story: “Apple declined to pay more than double the wholesale price for each NBC TV episode, which would have resulted in the retail price to consumers increasing to $4.99 per episode from the current $1.99.”

In order words, “NBC was greedy and we’ll stand up to such companies, even if this means losing them as partners. So remember folks, we’re the good guys!”

But, is Apple the good guy? Some were quick to point the accusing finger at the iPod company and cry out loud: “if NBC wanted to double the prices for their shows, that would be $3.98. what’s with the extra $1?” Well, first of all, NBC asked (and I’m quoting Apple’s press release again) “more than double”. We did the math and it went like this: 4.99/1.99 = 2.50. Which technically is more than double.

Second, it’s rather silly to accuse the very same company which, incidentally, bluntly refused to perform the price raise. Also incidentally, Apple did start the “99 cents per track/ $1.99 per show” price policy, not to mention the fight again DRM. All these things are widely seen as benefiting the end-user. Do you really think Apple would suddenly decide to drop its policy in hope users wouldn’t mind being ripped off? Seriously folks, let’s move on.

At this point there is one questions floating in the air: which company is going to regret this move first?

Let’s take Apple first. Losing NBC means losing around 40% of the featured content on the iTunes. That’s bad, real bad, and you don’t need an MBA to figure it out. Then again, what was the alternative? Apple was known to be inflexible when it came to raising prices. Let’s say that NBC’s demands would’ve been met. Where would such a deal leave ABC, CBS or FOX? Just outside the door, with a similar list of demands and similar divorce letter in case Apple refused.

Besides companies threatening to leave if prices didn’t go higher, there was one more thing Apple had to take into consideration. How many would be willing to pay $4.99 for something they’ve been getting until then for $1.99 (or even for free, if you count the TV transmissions)? Well, anyone?

In conclusion, Apple had to choose between playing “fetch the new offer” with media companies (and subsequently driving many of its iTunes customers away) or playing hardball. It chose the latter.

Now let’s take a look at NBC and at what they stand to lose. It’s interesting to note that the company merely growled at Apple and got bitten in return. They didn’t actually take their shows off the iTunes, Apple did, and it also did it sooner than NBC expected.

Maybe NBC got an ace up their sleeve and will manage to take their digital business elsewhere. They’ll take a smaller digital store, add their content at a significantly raised price ($4.99) and hope it will turn out into an astonishing success. Once again, you don’t need an MBA to see this equation as plain wrong. It might happen like this when you’re preaching Apple about the necessity of getting high (the prices, I mean), but the real world works in a completely different manner.

The low price policy was argued to be an effective way to lure people away from pirated content and some say it just did the trick. NBC now wants to nearly triple the price. Joe Consumer will sit right back in his armchair and say “I’m watching it for free on TV”, while Net-wise consumers will grin: “hey, I heard there’s a better offer on some BitTorrent site!”.

However, my bet is that NBC just bluffed in hope it would get Apple to agree on its terms. Sadly, their poker skills were not up to the challenge. They lost and had to leave the table.

Hopefully, they’ll get over the anger and come back to the negotiations table.