I think you already read the story: Ubisoft had Ms. Jade Raymond do every presentation for Assassin’s Creed, she got quite famous in the process and now the fame bit back in an unpleasant way. Ubisoft acted bravely and it got bitten worse in return. It’s true, they had the law on their side, but not the right law. 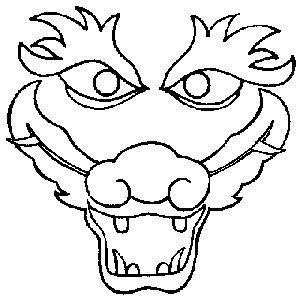 In such cases, the only good law to rely on is the one about quicksand: the harder you struggle, the more you get sucked in. And Ubi got in as deep as it could.

Their biggest mistake was to act at an official level. They started with a Cease&Desist letter. In theory, they held the winning legal card and SomethingAwful could do nothing but comply. Then again that’s when it all went bad.

In a nutshell: the letter made the entire mishap newsworthy. No self-respecting editor would even consider writing a piece about the comic itself, but with Ubi’s legal team on the line, well, things change. It becomes official Ubisoft business and such business has a nasty habit of turning into news material.

The French publisher would’ve been way better off if it had tried to smooth things over through unofficial channels and use persuasion instead of legal threats to get that picture off the web. And if that didn’t work, there was also the blonde strategy: just sit there and look pretty. It will blow over eventually and only a handful of people will actually know about it. Until they forget, that is.

Let’s face it: the comic depicting Jade Raymond (no, I won’t give you a link) was posted on a forum. Not on the site, on the forum. I read tens of sites on a weekly basis, but I only browse seven or eight forums, and I usually only go through my favorite sections.  I happen to pass by a lot of these things because I don’t have the time (nor the desire) to dig deeper and I’m sure I’m not the only one. To put things into a Shakespearean perspective, it was just a case of much ado about nothing.

In my experience I would‘ve only given it three of four days of public interest at best, and after there was only oblivion. Newsflash: the net is full of jerks and frustrated people eager to sketch lame and/or offensive comics. The comic at hand was only a poor attempt at being funny, best suited for individuals will less intellect than (insert favorite vegetable here).

But that’s not how Ubisoft saw it. The French noble knight took the shiny sword (+100 legal damage) and cut off the dragon’s ugly head. Unfortunately, that was no regular dragon. Internet dragons are mostly hydras, you cut off one head here and three other will appear. Cut them off too and nine more will grin at you. And so on, until the end of the Web (which, incidentally, is endless).

It took Ubisoft only one swift blow to turn a piece of junk into the forbidden fruit of the web and get everyone on a quest to find it. (well…I was). The picture has been uploaded since then on tens (hundreds?) of other locations, far out of Ubisoft’s reach. Good job PR team!

In the end, here’s my honest 2 cents: no offence guys, but this time you had it coming and you very well know it. Try to sort things out in a different manner in the future. Such things have happened and will most certainly happen again. Learn to ignore them, if some people want to behave like idiots, well, by all means, let them. You can’t make the web population shut up, but if you don’t shout back at them you stand a pretty solid chance that their message will go unheard.