Warning letter addressed to illegal downloaders will soon make their way into their mail boxes, be it online or old-fashion ones, Virgin Media announced. 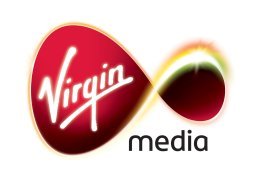 "We have been in discussions with rights holders organisations about how a voluntary scheme could work. We are taking this problem seriously and would favor a sensible voluntary solution," stated a Virgin Media representative.

The UK Internet company is the first one in the country to team up with the British Phonographic Industry (BPI) and back the latter’s efforts to stop Internet piracy.

The new arrangement will work as follows: first, the BPI staff will lurk on the web and discover which Virgin Media accounts have been used to illegally download content. The data will then go to the Internet company which will in turn warn its customers that they have been naughty.

The users will be temporarily permanently disconnected if they receive two such warnings.The third warning will also mean their final disconnection.

More companies in the UK are expected to join this pact, as the government promised to solved the matter with a new law if the ISPs don’t come to an agreement with the BPI.

According to recent studies, there are around six million broadband users downloading illegal content each year.