SanDisk has made three more additions to its Flash card line up, stating that the new models will be released this spring. 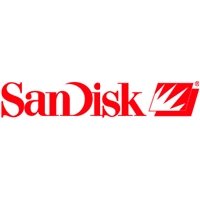 According to the company, the additions are new versions of the Ultr The flash devices feature read and write speeds of 15 MB/s. The previous product generation had a read speed of 10 MB/s (read) and a write speed of 9 MB/s.

The 16GB and 8GB cards are expected to be available worldwide in March, with the 32GB will make its debut in April.

Is Sony Planning A PSPhone?