New research shows the earning power of women is on the rise – something that, the Most Powerful Woman in Television, Disney’s Anne Sweeney knows all about. 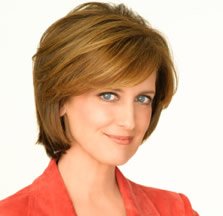 There’s good news for female workers this week with the news that the earning power of young women has now surpassed that of their male counterparts.

News of the shift, driven by the growing number of women attending college and moving into high-earning jobs, comes in the same week that MeetTheBoss.tv broadcasts an exclusive interview with Anne Sweeney, Co-Chair and President, Disney ABC TV Group: the so-called Most Powerful Woman in Entertainment.

According to The Hollywood Reporter (THR), the magazine who gave her that title, Sweeney presides over an “unrivalled magic kingdom of properties and more than 19,000 employees.”

In fact, according to THR’s 2009 Power List, Sweeney “remains an island of calm at the center of the entertainment industry storm.” And Sweeney exclusively told MeetTheBoss.tv the key to her success herself: “Don’t put barriers in front of you.”

While times have certainly changed for female workers in terms of pay equality, the concept of the glass ceiling hasn’t totally been eradicated. Yet, according to an analysis of Census Bureau data by Reach Advisors, a consumer-research firm from Slingerlands, NY, 2008 saw single, childless women between 22 and 30 earning more than their male counterparts in most US cities.

The survey goes on to suggest that women are succeeding for several reasons, including the fact they are more likely to attend college and therefore raise their earning potential.

Sweeney, meanwhile, who earned a BA degree from the College of New Rochelle and an Ed. M. degree from Harvard University, explains that “too many people fail because they think that have to look like they know it all,” before noting how she is always learning, every single day.

“I am so excited about my work,” says Sweeney, “and I tend to disregard all titles, even my formal titles, and just try to figure out what’s next. I never bought into, nor do I acknowledge the whole glass-ceiling thing.”

Content on this page requires a newer version of Adobe Flash Player.