Atari is down in the dumps again: CEO David Pierce has resigned his position, the company will go through some severe restructuring and, on top of all, the game development will no longer be part of its business portfolio. 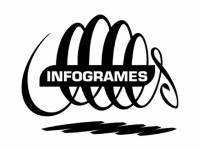 Pierce will be replaced temporarily by Chief Restructuring Officer Curtis Solsvig III, until the company finds a new CEO. The recent measures are the outcome of a long series of disappointing earnings reports. Last month, Infogrames (which owns 51% of Atari) decided to change the Atari’s board of directors. Five of the members of the board had been sacked.

The parent company decided that from now on Atari will forget everything about developing games and will on focus on title acquisition, sales, marketing, and physical distribution of products from Infogrames and its partners. In return, Infogrames will give Atari $5 million for the six-year rights to produce games based on the Test Drive license.

Last but not least on the band news list, more jobs will be cut. The company has yet to make an official announcement, but with game development out of its plans its not that hard to see who will be affected.