Kaspersky antivirus users are being faced with a nasty update bug that completely freezes their machines. 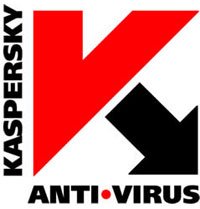 The problem was reported yesterday on the Kaspersky forum and apparently no 100% sure solution has been made available yet. According to numerous reports, Windows PCs trying to get the latest anti-virus definition files start having in a most-strangely manner:

"All my clients are failing to update… comes up with an error report to send to Kaspersky, which I’ve sent about 20 or 30 of, because most of the machines crash, recover, crash, recover… over and over.
This is not looking good for my trial when my boss is asking me why her PC is stuffed!!!!!"

At first, the machnes display the message "previous application launch failed", followed soon by the update process freezing at 26%. The first suggested workarounds were either killing avp.exe in Task Manager or temporarily disabling updates, but neither proved to work in all the cases.

Kaspersky managed to issue a fix for the bug, but the users still continue to complain about not being able to update their software properly. For the time being , it appears that the only workaround would be the way suggested by Kaspersky tester Rinat Salihov: