If you’re looking to get some brand new malware on your computer and don’t know how, you could start with a web search for Brad Pitt. A recent study shows that such searches are the most likely to lead users to malware infected pages. 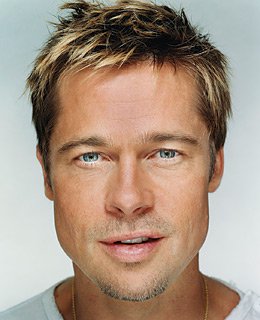 According to security company McAfee, searching for Brad Pitt features a nearly one in five chance to end up on a risky page. If you look for wallpapers, screen savers and photos there’s an 18% chance to find malware. However, the most dangerous searches are for Brad Pitt screensavers: a 50% chance of getting infected.

Next in the “most likely to get malware” line was Beyoncé, with McAfee stressing out that people should especially avoid looking for ringtones. Of course, users who wouldn’t mind getting a bit of malware or getting their personal information stolen should disregard such warnings.

"Cybercriminals employ numerous methods, yet one of the simplest but most effective ways is to trick consumers into infecting themselves by capitalizing on Americans’ interest in celebrity gossip," said Jeff Green, Senior Vice President of McAfee’s Product Development & Avert Labs. "And because of Americans’ obsession with following celebrities’ lifestyles, they are an obvious target. We have to take precautions in casually navigating the Web since many subtle sites may be rife with malware for consumers’ computers."