A comScore report published last week claimed that only 2 out of 5 downloaders actually paid for the latest Radiohead album, a result the band doesn’t agree with. 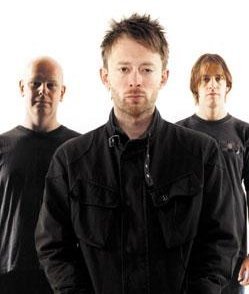 In a recent statement, the band says that the figures released by comScore are "wholly inaccurate" and therefore can’t "reflect definitive market intelligence or, indeed, the true success of the project". While comScore might bring out its entire arsenal of specialist to back up their point of view, Radiohead’s argument leave little room to fight:

"In response to purely speculative figures announced in the press regarding the number of downloads and the price paid for the album, the group’s representatives would like to remind people that, as the album could only be downloaded from the band’s website, it is impossible for outside organizations to have accurate figures on sales."

On the other hand, the statement doesn’t mention anything about the actual figures, leaving everyone eager to speculate whether this answer was based on sales figures or just pure pride. Hopefully for the band, they do have some solid data to back their claims. It goes without saying that the entire music industry would like this project to miserably fail. Success would only go to prove that the big studios aren’t actually needed in the new digital era and therefore, would spell the beginning of their end.

According to comScore’s study, Radiohead’s “In Rainbows” album was purchased by 38% of the overall downloaders. The average price for an album was set at $6, with US residents paying around $8 and the others settling for $4.64.