Orange managed to sell only 30,000 iPhones in the first five days in France, T-Mobile sold way less in Germany and O2 keeps mum in the UK. 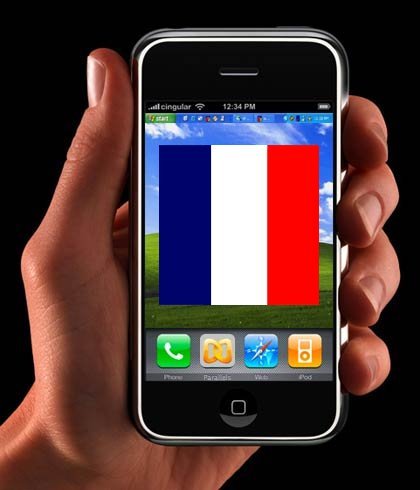 In fact, the French sales numbers are more in the line of “bad news for Apple, good news for Orange”. As you may recall, the US record for iPhone’s first week on the shelves is 270,000 units, about nine times more than the sales in France. Furthermore, Orange announced that 20% of the iPhone buyers pushed aside the cheaper 399 Euro model (the one locked to the carrier’s network and bundled with a two-year contract) and chose the unlocked model, priced at 749 Euro.

Still, Orange was happy to point out that 48% of the new iPhone owners were new customers for the network.

In Germany, T-Mobile reports paint an even bleaker picture: the carrier sold around 10,000 units. On the other hand, the carrier must be happy that Vodafone’s legal attempt to force it into selling unlocked devices was dismissed. Frankly speaking, T-Mobile wouldn’t have had much success with an unlocked iPhone anyway, as customers were more likely to cross the western border and buy a less expensive model from France.

O2 won’t release the figures for the UK, but rumor has it that the Apple phone wasn’t a bit hit in the isles either and the France is still ahead in terms of sales.

One might argue (and Apple is sure to do it) that the US is a much bigger market than Europe. It’s true, but there are several other reasons that kept Europeans from going crazy over the device: the lack of 3G and, perhaps more important, the idea of having to be tied down to a network for two years. Also, do keep in mind that the iPhone arrived in Europe long before the hype wave had passed.