Santa Clara start-up Vudu has begun its journey for the Web age El Dorado. The company announced a new digital download service (also named Vudu), very similar to What Apple TV has to offer. Basically, you buy the company’s set-top box, connect it to Internet and get to see movies on your TV. Around 5,000 movies for starters, as the company claims. 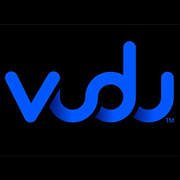 Up till now Vudu representatives have been very successful in their pitches and got seven major motion picture studios to back their business: Walt Disney Studios, Lionsgate, New Line Cinema, Paramount Pictures, Twentieth Century Fox, Universal Studios, and Warner Bros. Also, the service will feature content from 15 top independent and international film distributors.

A rented movie becomes available for 30 days. Once you start watching it, he will only be available for 24 hours and can be viewed as many times as you like during that period. Purchased movies will become available on the 250 GB HDD of the Vudu set-top box.

And now, for the downsides of the service: first of all, all purchased movies will remain locked on the Vudu box. There’s no way you can transfer them onto another device (at least for now). It’s true, the HDD can store up to 100 hours of standard-definition movies, but eventually it’s sure to prove to be not enough.

Second, the Vudu box comes with a $399 price tag. It’s a bit much, considering that digital distribution services aren’t exactly something that the market lacks and not all of them require buying expensive hardware.

On a personal note, I can’t help but wonder why companies are going crazy for simple and meaningless names. It’s true, Google and Skype worked great for the two companies, but NBC’s Hulu and now Vudu are too much. It’s not hazardous to assume that potential customers don’t have the mind of an one year old and can easily understand complex constructions that feature more than a vowel.