The National Alliance on Mental Illness (NAMI) found Manhunt 2 to be the best target to bring some media attention. And thus, the charge at the already too-much controversial game began… 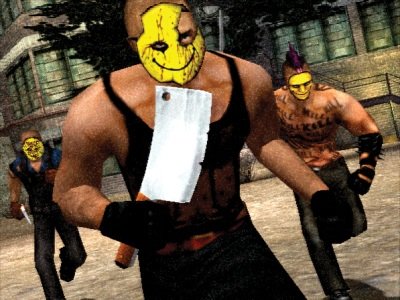 Apparently, the fact that the game has the player take up the role of a patient fighting to escape from the "Dixmor Asylum for the Criminally Insane by using various techniques to get rid of all who would stand in his way did hit a soft spot with NAMI. The organization demands that Rockstar recalls or further modifies Manhunt 2 “due to its irresponsible, stereotyped portrayal of mental illness”. Also, retailers are asked to back NAMI’s request.

From NAMI’s point of view, Manhunt 2 “perpetuates and reinforces cruel, inaccurate perceptions that people who live with mental illnesses are violent. The U.S. Surgeon General has condemned such stigmatization, identifying fear of stigma as a major barrier to people getting help when they need it. The overall contribution of mental illnesses to violence in society is exceptionally small. In fact, people living with mental illness are far more likely to be victims of violence.”

The end of the statement is pure gold: “We do not favor censorship.”

Well, NAMI might have a point there, but the organization’s focus on only one media product does however undermine their effort. If the organization really had a problem with such depictions of those suffering from mental illnesses, then it should’ve also picked a fight with Batman. After all, the hero does have a hard time fighting against everyone getting out of the Arkham nut house. Or maybe, just maybe, Joker is not violent enough.